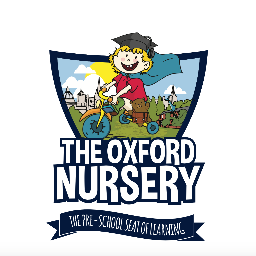 In Oxford and Oxfordshire we have been having huge difficulties in recruiting staff. We have seen a big decline in applications, with Level 3s non-existent and highly sought-after amongst all the nurseries in the area.

We are always recruiting and having 50 per cent qualified in the building is very difficult, while anyone not included in ratios is a cost we cannot afford, so we simply can no longer employ them.

We used to be able to recruit fantastic people from all educational backgrounds and of all ages. Many of these people were not highly educated and may never achieve their GCSEs, or they just don’t have the desire or time as they have their own family commitments. But they were very good early years staff as they had a passion and love for childcare – that is what counts. The pay is and the hours are long, and nursery practitioners work extremely hard doing so many roles in one day to ensure costs are kept low.

There is already a massive shortage of young people wanting to do early years as a career and colleges are just not getting the recruits either from the schools. Young people are choosing health and social care followed by university or nursing. Young people who are able to complete a Level 3 and have good GCSEs go on to further education and look to become teachers.

As a business every penny counts – the funding isn’t even allowing us to break even, and we only make money from extra sessions and their siblings. The lack of staff has now become a serious problem and if this continues we will have to turn parents away as we will be under ratio.

It’s a struggle every day in early years and people like myself who are experienced and qualified are asking why we still do it. Something has got to change, and reinstating Functional Skills would be a huge help – the Government offering 30 hours is all very well but not if there is no one to keep the nurseries open.